47Ronin | Explore the footstep of real Samurais in Tokyo

How did you enjoy a film by Keanu Reeves “47Ronin”? The concept of 47Ronin is based on a true story of 47 samurais, united to avenge the death of their master, Asano Naganori.

During an important ceremony at Shogun’s Edo Castle, Asano Naganori was unable to tolerate insult and assaulted Lord Kira Kozuke-no-Suke. Kira was not seriously injured, but merely a face wound. During Edo period, Ke-n-ka Ryo-se-i-ba-i was the custom. It means that in the fight, both sides of parties are false. However, Asano was the only one who was sentenced to Seppuku (a honorable way of ending life for samurai) and Kira was sentenced with no charges.

Asano’s land was confiscated and his samurai at his servants became RONIN, meaning a samurai without a master to serve. Two years later, 47Ronins returned to Tokyo to avenge the death of Asano. On Dec 14th of 1702 they attacked Kira at his mansion and brought Kira’s head to the grave of Asano at Sengaku temple. In Spring of 1703, 46 Ronin were sentenced to Seppuku. (One ronin was ordered to return to Asano’s homeland in order to tell their people on their successful raid)

In memoir of 47ronin, historical sites are left at almost the exact spot today. Here are three historical landmarks of 47Ronin that you can explore.

Former Edo castle is now Imperial Palace. And at the site of where castle tower used to be is a public garden today. Castle tower and the rest of architectures were burned down or destroyed by earthquakes, so there is nothing left of Edo castle except castle walls and watch towers at the corners of castles (some are real and intact). Walls are impressive.

At the east gardens of the Imperial Palace, there is a memorial stone siting “Matsu no Roka (Great Corridor of Pines)” in Edo castle, where Asano attacked Kira.

Map of the Imperial Palace Garden
Enter Otemon Gate and follow the path to No. 12.

Kira’s mansion where 47Ronin made a raid on is now a memorial park. There is a well which Ronin used to wash and clean Kira’s head before bringing it to their master. 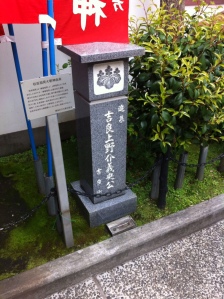 The graves of Asano and 47Ronin are at Sengaku-ji. After raid, 47Ronin marched from Kira’s mansion to Sengaku temple where Asano rested eternally. They presented Kira’s head in the front of his grave and reported that avenge was successful. The march was about 12 km long. I actually walked their path from Kira’s mansion to Sengaku temple. They walked (ran?) the distance within 2 hours. It took me about 7 hours (I had sushi at Tsukiji and several stops at cafes…) 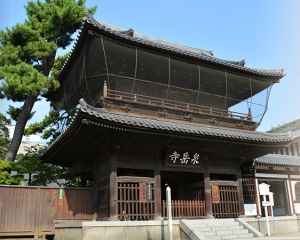 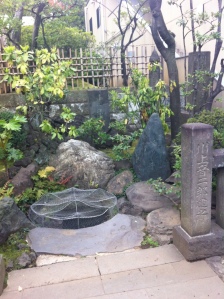 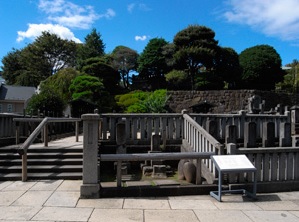 If you want to explore more historical sights of 47Ronin, please leave a comment. There are a couple of more that I could not introduce today.